Project launch: Understanding the effects of heatwaves on vulnerable population groups in The Hague

Green light has been given to the joint research project ‘Heatwaves and vulnerable populations: Mapping their needs in The Hague’ by The Centre of Expertise on Global Governance at The Hague University of Applied Sciences (THUAS)/De Haagse Hogeschool (HHS), The International Institute of Social Studies (ISS, Erasmus University Rotterdam), and The Centre for Frugal Innovation in Africa (CFIA; Leiden-Delft-Erasmus Universities).

This applied research project aims to generate a better understanding of the effects of heatwaves on vulnerable population groups in the municipality of The Hague, and suggests ways in which the municipality can help such groups to cope with these heatwaves. 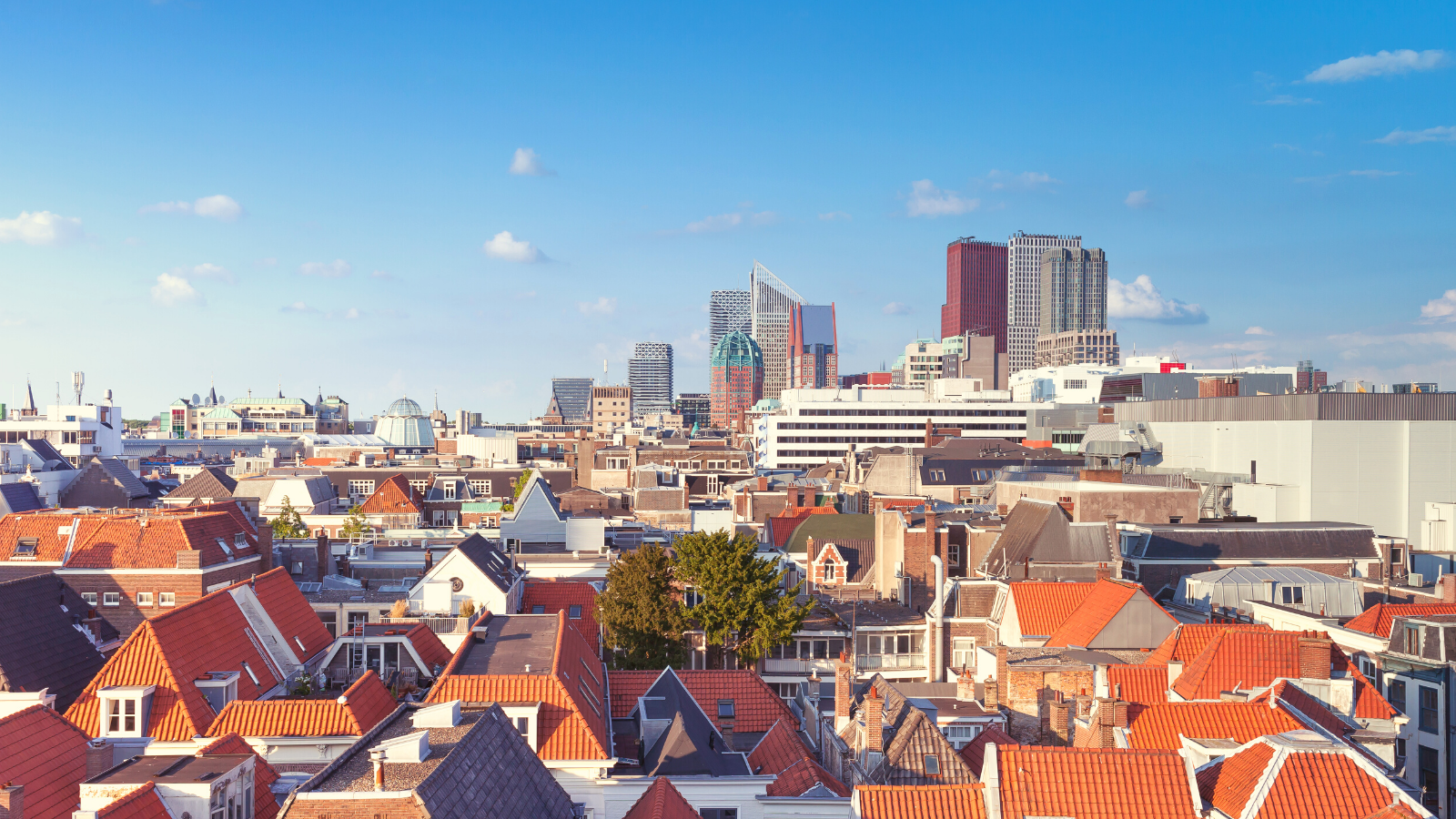 Heatwaves constitute an important yet often overlooked part of climate change and their impacts qualify as disasters. Periods of tropical days and nights are getting longer and most importantly, this trend is accelerating faster than climate change models are predicting. (1) For instance, in the Netherlands, last summer became a new record year as it was the first time that a heatwave included five days in a row during which the temperature reached 35 degrees or more and for the first time 40 degrees were measured.

Heatwaves are increasingly recognized as a multi-dimensional, multi-stakeholder, and multi-level governance problem, both by scholars and policy-makers. First, multi-dimensionality refers to the distinction between heat mitigation and adaptation. Mitigation means making the city less prone to the hazard which includes land use planning, infrastructure, housing, greens, etc. Adaptation on the other hand refers to measures to help vulnerable people to cope with the hazard, and this includes social work, public health, early warning, community initiatives etc. Second, relevant stakeholders include local governments, the construction sector, housing corporations, public health services, and of course, the local population, especially vulnerable groups. And third, the various governance levels consist of the global (e.g. WHO, UN SDGs, Paris agreement), EU (EU Green Deal), as well as national and sub-national (municipal, local) levels.

Periods of tropical days and nights are getting longer and most importantly, this trend is accelerating faster than climate change models are predicting.' 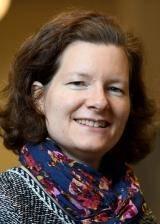 Dr. Sylvia Bergh, researcher at The Centre of Expertise on Global Governance at The Hague University of Applied Sciences and lead applicant in this project, mentions that the research will focus on adaptation at the local level and the relevant stakeholders involved in The Hague. At the level of municipalities and cities, the concept of urban resilience is key, she explains. It refers to ‘the capacity of individuals, communities, institutions, businesses, and systems within a city to survive, adapt, and grow no matter what kinds of chronic stresses and acute shocks they experience.’(2) Heatwaves clearly constitute acute shocks which are rapidly developing into chronic stresses.

In turn, heatwaves also exacerbate the chronic stresses that are already there, i.e. existing chronic stresses also lead to greater impact of a heatwave. In other words, there are negative interaction effects. Addressing these effects requires overcoming the silo approach to urban governance, in which different departments address different parts of the problem, rather than doing so in an integrated and inclusive manner.(3) These considerations are also reflected in the 2008 National Heat Plan for The Netherlands, which is being translated and made concrete in Local Heat Plans by an increasing number of municipalities, including a focus on the most vulnerable people.(4)

At the level of municipalities and cities, the concept of urban resilience is key.'

Heatwaves in The Hague 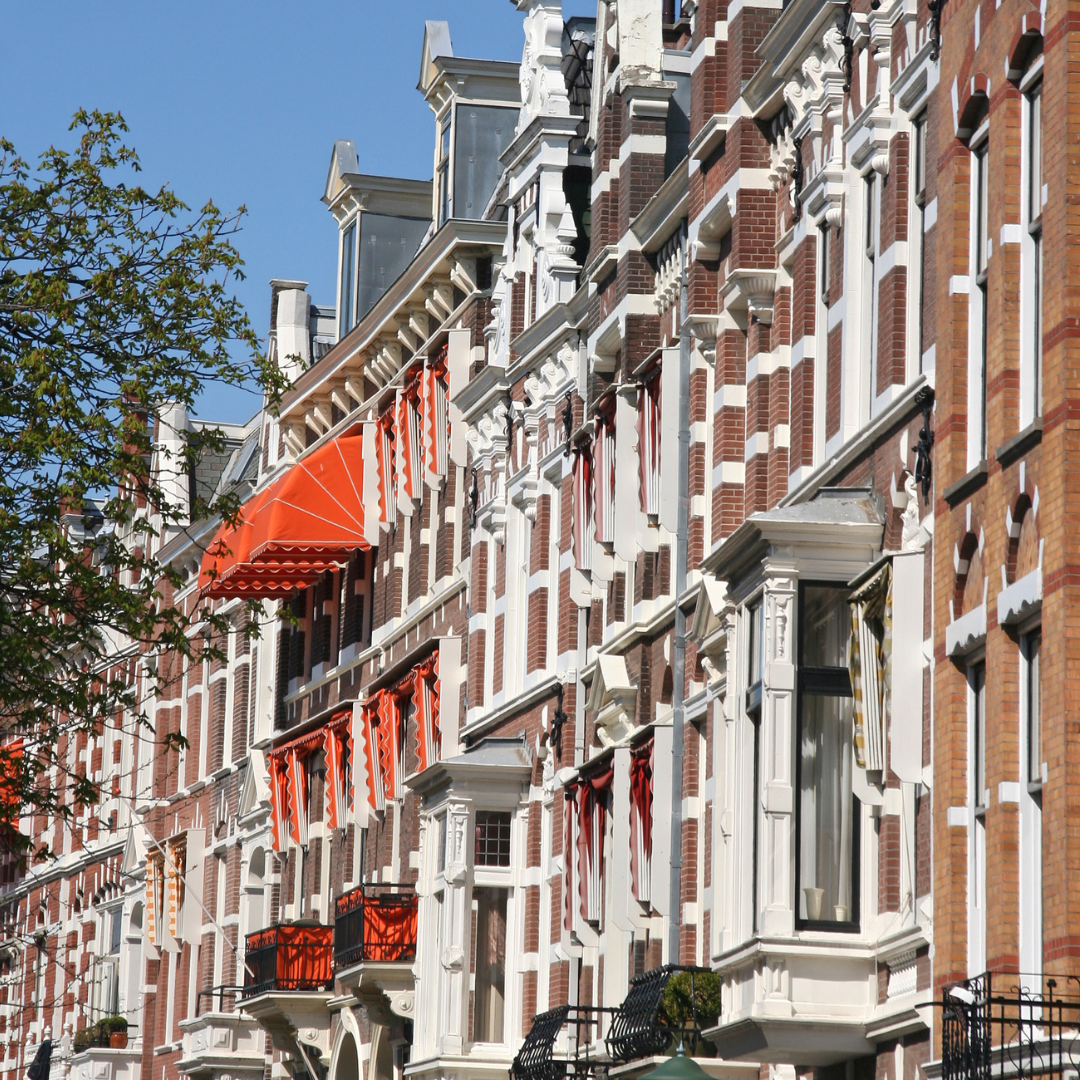 The Hague municipality has a municipal climate adaptation strategy, and in 2020 has taken the first steps towards developing a local heat plan. (5) In 2018, it commissioned researchers at the TU Delft to produce the Haagse Hitte report, which gives a very detailed picture of the Urban Heat Islands and proposes adaptive solutions. (6) The report also identified older people (aged 75 and above) as the most vulnerable. For example, in the summer, many daily activities stop due to holidays which increase loneliness, and therefore, vulnerability to heatwaves. Some examples illustrate this broader problem:, as older people living alone often do not feel thirsty, they do not drink enough, or are afraid of having to use the toilet. They are also often taking medications whose effectiveness is negatively affected by extreme heat. The government policy of facilitating that elderly people are living at home longer before moving to a retirement home or care facility is also part of this trend – there are now 1.3 million older people who are lonely. In fact, the Klimaatverbond Nederland produced a “hitte- en eenzaamheidskaart” (heat and loneliness map) for the city of The Hague. (7)

Simple and affordable innovations for- and by local citizens

Although quite a big part of the puzzle is thus already known, the staff at the municipality of The Hague expressed a need for finding ways to better map the vulnerable populations and their needs in time of heat (waves). While the vulnerable groups are known to the municipality of The Hague in terms of percentages of elderly people per neighbourhood, there is a need to know more about other characteristics of such vulnerable people to better understand how they can be helped, for example their (chronic) health issues/diseases and other factors that contribute to vulnerability. In other words, there is a need to better understand the impediments for people’s actions as these explain the impact of heatwaves to a great extent. Hence, apart from coming up with solutions that populations would actually make use of, it is also important to get a better idea of what solutions citizens have already developed themselves in their homes or in public spaces.

Simple and affordable innovations developed by and for local citizens can provide a solution. While such frugal innovations often make a significant difference in how local communities improvise and creatively deal with for example an acute heat wave, such local experiences often remain local and are not shared or scaled up. The research team will contribute to a more systematic international review on what lessons to learn from such ‘below the radar’ innovations to deal with heat waves. In addition, the staff at the municipality of The Hague have identified the need for “best practices” for health risk communication on weather/climate related events. In this study, the team will, therefore, also focus on risk communication around heatwaves. 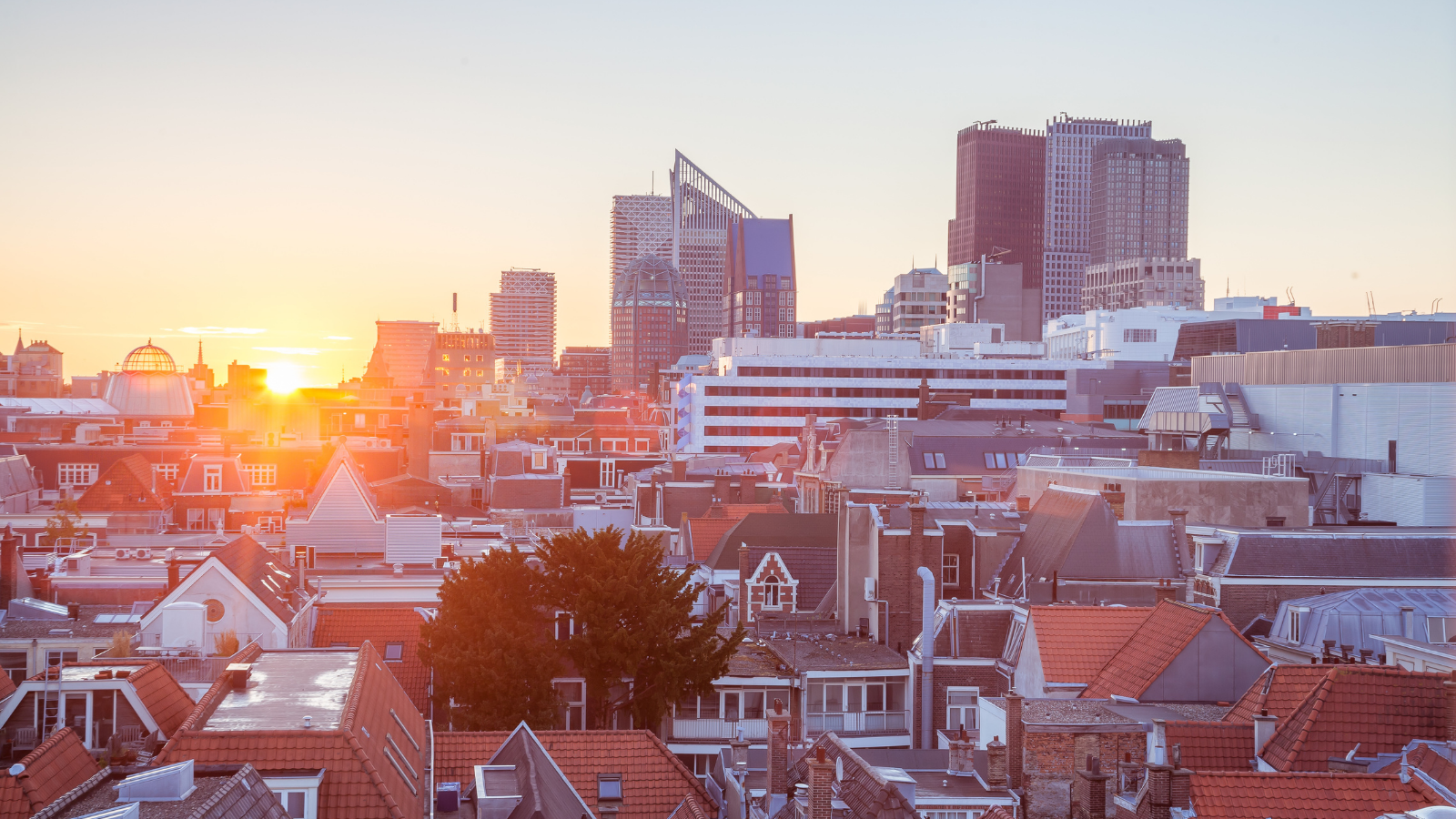 How to best reach people who are vulnerable to heatwaves?

There is a clear need for more research on how to best reach people who are vulnerable to heat, especially the elderly who underestimate heat risks and are lonely. As such the research team will focus on the following research questions:

1. What are the socio-economic, age, gender, health and other relevant characteristics of the vulnerable populations in the most affected neighbourhoods in the -Centre including Schilderswijk and Transvaal) and in the Laak area (including de Binckhorst)?
2. What are the vulnerable populations’ needs in order to cope with heatwaves?
3. What sustainable (frugal) solutions have vulnerable populations developed themselves that could be institutionalized? And are there other bottom- up heat resilience initiatives that support local communities, for example by local entrepreneurs?
4. What can the municipality of The Hague do to address these needs and thereby contribute to urban resilience? For example, how could it streamline its interdepartmental communication and coordination as well as external procurement processes? How could it bring about a greater alignment between top-down and bottom-up heat resilience initiatives? And finally, how could the municipality adapt the way it communicates on heat wave-related risks with vulnerable populations?

Simple and affordable innovations developed by- and for citizens create perspective.'

Research by- and for local citizens 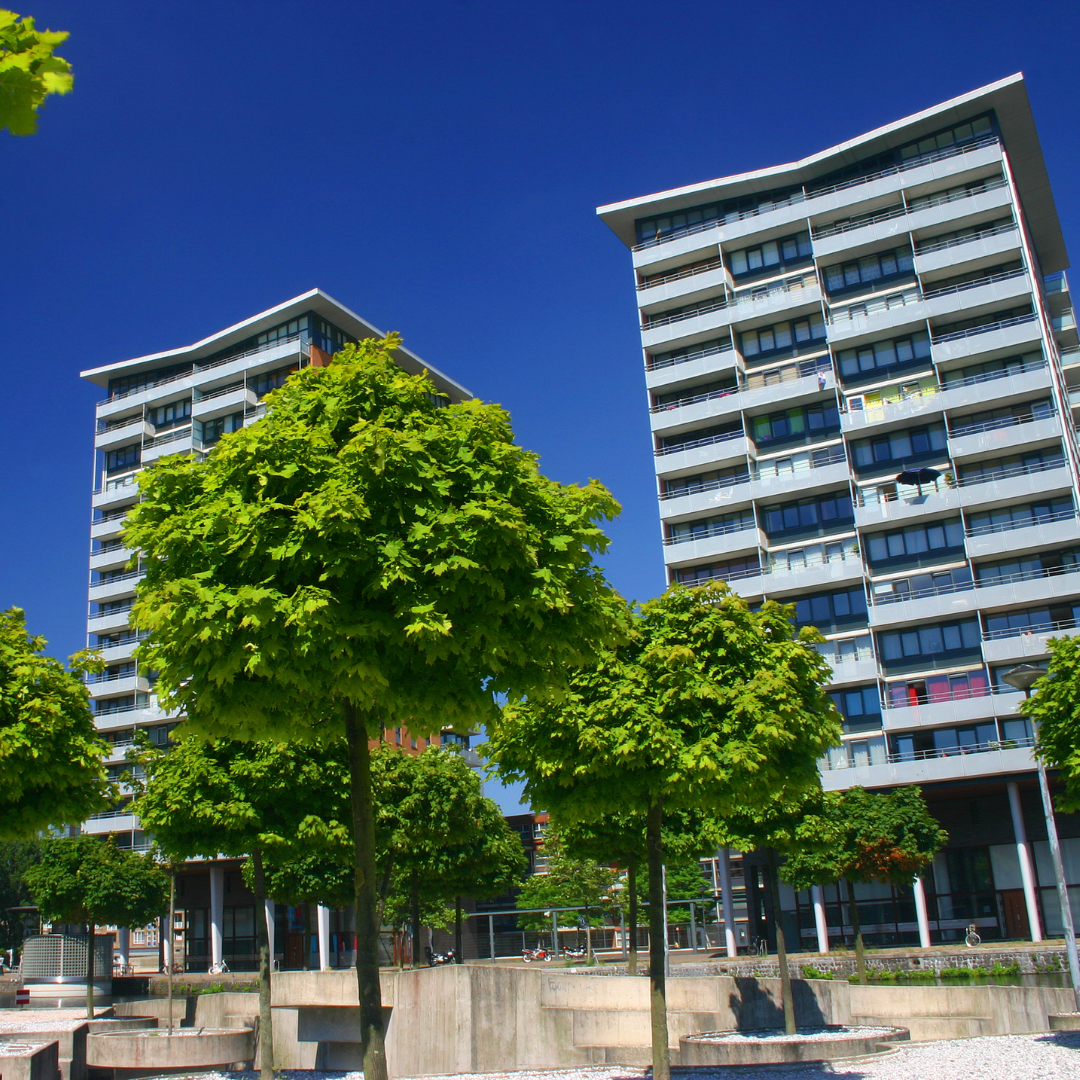 Apart from involving the staff at the relevant departments in the municipality (such as among others, The Resilient The Hague team, the Department of Urban Development, the Department of Education, Culture and Well-being, and the Municipal Health Department), the team will also work with the Red Cross (Netherlands Red Cross & Red Cross Red Crescent Climate Centre to ensure that the research process as well as the findings will link strongly to practice and policy, and help the research team to achieve the desired impact of improved adaption measures to urban heat waves.

In addition, by involving graduate students from the CFIA, ISS and HHS, the project will also contribute to making stronger connections between the student community and the municipality of The Hague. The project will also rely on citizen science. This means that where possible, inhabitants will be asked to measure temperatures in their houses themselves and report to the researchers via social media; if they are not familiar with social media, their caretakers and neighbours could be asked to do so on their behalf.

This research ultimately aims to co-create bottom-up policy development and will therefore be continuously improved in order to ensure that this project contributes to a strong dialogue between stakeholders and leads to social innovations on which future interventions can build.

During the Research InSightS Live sessions we invite you to soak up cutting-edge insights by researchers and critical thinkers and ask them your burning questions.

In the run-up to World Environment Day, this episode was centered around one key research area: climate and the environment.  Project Leader Dr. Sylvia Bergh was one of the speakers of this event and shared all about mapping heatwaves in cities.

The sessions and conversations are research at its finest: critical, based on real-world insights, and bringing together a kaleidoscope of perspectives. Climate veteran or newbie, the topics and sessions are relevant for us all and you are welcome to join!

This project article is based on the projects initial proposal. The project is funded by the ‘Subsidieregeling Hoger Onderwijs Den Haag 2020’, Hoofdstuk 2 ‘Onderwijs dat bijdraagt aan de economie van de stad’, Paragraaf 2.4 ‘Investeren in een aantrekkelijke kennis- en onderwijsstad’, November 2020 with The Centre of Expertise on Global Governance at THUAS as the lead applicant. 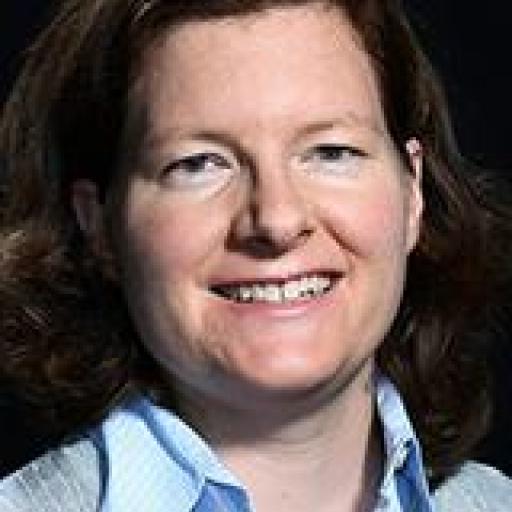 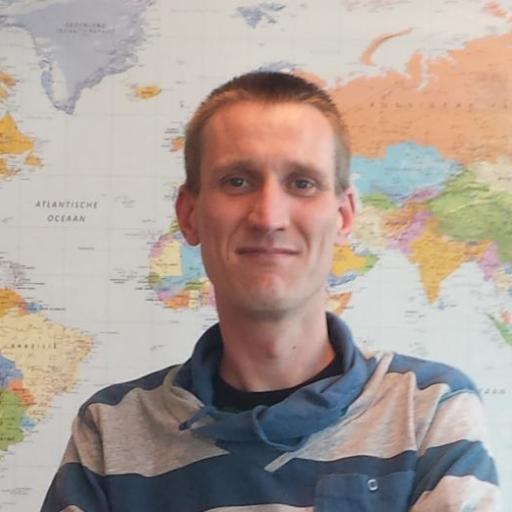 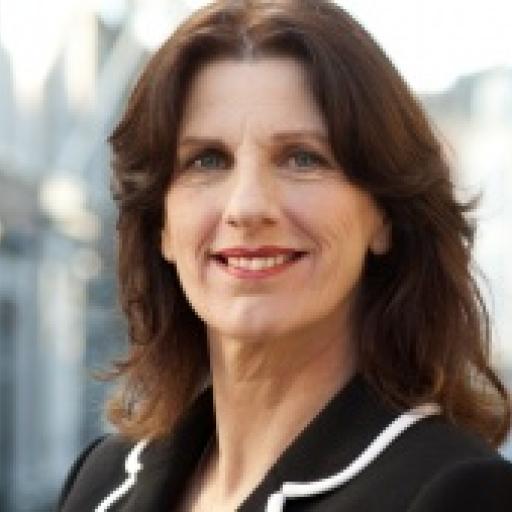 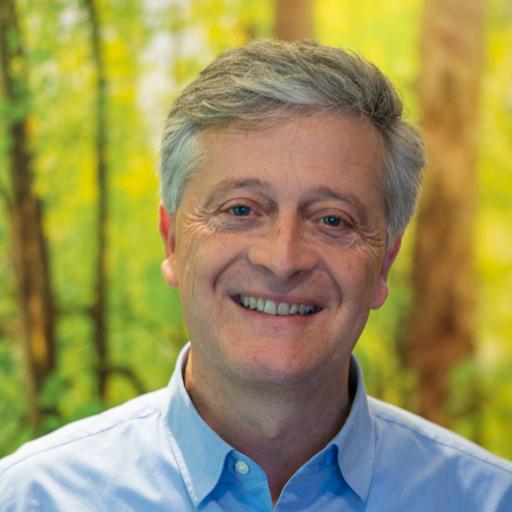 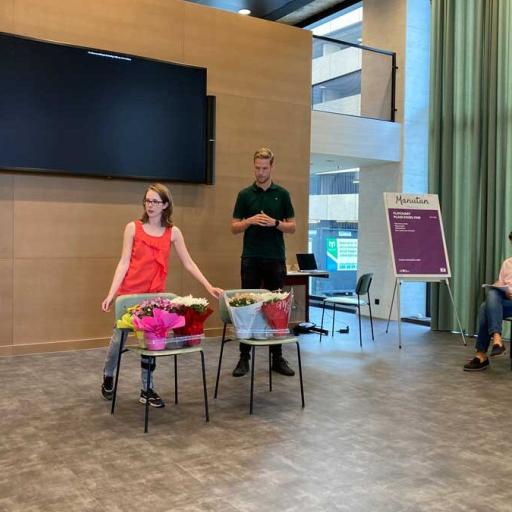 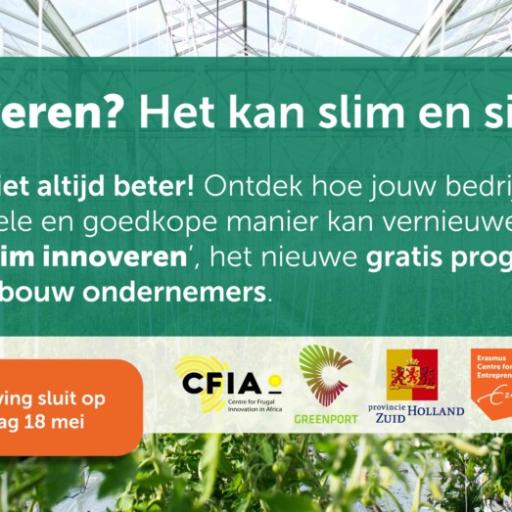 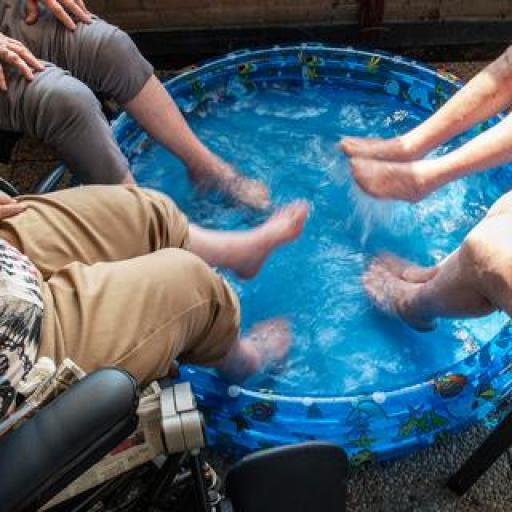 Project launch: Understanding the effects of heatwaves on vulnerable population groups in The Hague