Researchers in the Spotlight with Beatrice Hati - A new career path: urban resilience

Beatrice graduated from Institute for Housing and Urban Development Studies (IHS) last year, after studying the Urban Environment, Sustainability and Climate Change specialisation track of the MSc Urban Management and Development. After graduation, she went back to her hometown, Nairobi, where she currently works as an Urban Resilience Researcher at the Center for Frugal Innovation in Africa (CFIA).

Finding a new career path: urban resilience
After her undergraduate degree, Beatrice worked as an urban planner in an informal settlement context. With time, she came to realize that the conventional setup of planning did not fit her well.

“Informal settlements are totally outside the system because they are founded illegally. Their illicit status often impedes effectual response from governments as they are considered settlements established outside the “formal” law, policy and institutional systems that are meant to enhance livability and well-being of urban residents. Being part of the system required me to adopt conventional planning strategies which are often authoritative and deterrent to the sustained, equitable and inclusive growth of the urban poor. Eventually, it meant putting the people in these informal settlements out of their places."

Coming to IHS helped her find a new direction. Before that, her interests revolved around transport, mobility, infrastructure. While that is still true, at IHS, she got acquainted with the topic of resilience and she decided to learn everything about it. Her aspiration was to find out how the vulnerable urban poor populations, with minimal resources and multifaceted local cost advantages, can better prepare, respond and adapt to unpredictable change, disasters and crises.

“ Identifying this niche through my study enabled me to find a new focus and career path."

Frugal processes and their influence on community resilience
It was also through IHS that Beatrice found out about the Center for Frugal Innovation, where she currently works. Through the centre, she got to learn about frugality, an approach that rethinks resource-intensive development and introduces a "do more with less" alternative. By utilizing local knowledge, talents, material resources and collaborating with low-income communities, this ingenious approach has great potential to build sustainable resilience pathways for the urban poor. Her current research is part of the Smart & Frugal Cities project and it focuses on frugal processes (mindsets, technologies and governance) and how they influence community resilience. Together with a team of professionals and community researchers, she researches two informal settlements sites in Nairobi, called Mathare and Korogocho. The project not only reveals how the frugality of historically evolving mindsets, technologies and networks explains differences in community resilience in informal settlements but also demonstrates and models the value of citizen science in knowledge production in informal settlements. The research findings will be shared later this year, during the ISS-EADI conference.
Read more about the Smart & Frugal Cities project

Working for the community, with the community
When asked about her activities, Beatrice mentions several projects and initiatives. While studying in the Netherlands, she found it important to keep close ties with her network in Kenya. This way, everyone knew when she returned and she quickly became involved in a number of activities.

Besides her work at the CFIA, Beatrice took part in the ISOCARP virtual World Planning Congress where she talked about adopting collective frugality in rethinking, re-planning, and re-imagining urban informal settlements. Her insights stem from her work within the Mukuru Special Planning Area project, an initiative that seeks to establish an innovative planning approach to build health-resilient cities.

She is also working on a placemaking project aimed at converting urban spaces into more liveable facilities. One initiative is centred around bringing to life a multipurpose hall in an informal settlement, an idea that came up in the context of Covid-19. As schools closed during the pandemic, all children were sent home, which uncovered an unmet need for the inhabitants.

In informal settlements, space is one of the biggest challenges, so if you live there and you have kids at home, they don’t have anywhere they can go to play or study. This is the need we’re trying to solve by creating a hall that can serve and accommodate children.

The initiative thus targets to develop a neighbourhood child-friendly multifunctional community space in Dandora Phase 2, Nairobi Kenya to facilitate learning and social cohesion in the community while providing income-generating activities for the youth.

"Now we’re in the process of co-creating it, so still on the way to implementation, but the process is the most interesting to me because it reveals how communities innovate in different ways to tackle the problems they face. It demonstrates how the urban poor through self-organization, turn crises into opportunities. The role of networks in reinforcing local innovations is also pronounced.

Recently, we have started getting other professionals on board, like engineers, architects, to ensure the structural integrity of the proposed infrastructure. We’re professionalizing this by utilizing the local knowledge and expertise of those who can help us as part of their CSR initiatives.”

Best advice? Networking!
We asked Beatrice what she would advise students who are now studying. “If you have the time to explore places, explore them! When I came to the Netherlands, I was very focused on my studies and I did not really travel that much. Exploration and travelling are eye-opening and they take the pressure away from academia.”

Next to that, according to Beatrice, networking is the best thing you can do for your career. She advises students to build a network next to putting effort into their study. How to do that?

Just talk to people – you can start by asking them something simple like the latest movie they watched or their current read, or just the weather (this has always been my go to topic when content level is rock-bottom! You can easily have light-hearted conversations, but it’s important to also lead chats towards something more substantial that can help you professionally."

"I would also tell the students that nobody will really make space for you. You need to create the space yourself, so don’t hold back at an event: speak up, make comments, ask questions and share your thoughts and ideas. You never know who is listening. Something you say can be transformational for someone and they end up contacting you afterwards.”

Beatrice was glad to see that networks continued to exist after the end of her study. “When I left IHS and came back to Kenya, I immediately felt home because of the IHS alumni network. I was able to contact other IHS alumni in my country and we talked about where they currently work and about the re-entry into the job market. In that way, I felt like I still had a connection with IHS”.

Integrating global lessons into local contexts
Implementing methods and theories learned at IHS in the complex local contexts of their home countries is a question many alumni have been trying to answer. Many solutions from developed countries are harder to implement when dealing with different mentalities and governmental structures. We asked Beatrice if she encountered similar challenges when back. She confirmed this being a common issue for alumni, herself included, and she shared some really useful ways to navigate this.

Embrace existing structures
“I think coming from a study abroad is challenging because when you come back, you see everything that goes wrong at your workplace. I realized you don’t have to force your way into the system and fix it. If you’re not careful, you might fail to acknowledge the efforts that people are already making, even if they might not always be doing things right. The existing structures have also been put in place by professionals who believed their solutions were right, so you should be aware of all that and try to integrate existing pathways into new plans you make. It’s a process of growing together, of building on what already exists.

I don’t think we go study abroad to make only ourselves better. I think it’s a terrible way to lead – just doing something for yourself. Instead, you can help someone else improve by accommodating their actions in your systems and by guiding them to better ways of doing things.”

Rely on evidence to justify your actions
“It is very unlikely that just an idea in a bubble will be implemented, so it is good practice to have substantial evidence that justifies your actions when you propose a plan.

For example, Nairobi is having quite the face change when it comes to transport and mobility, so we have a new task force appointed by the president for that purpose. In less than a year, they were able to transform the city: the streets are a lot more walkable, with more pedestrian spaces, public transportation improvements, safe bus stops, children-friendly facilities etc. It doesn’t mean that this was not in the works before, but it does show that the people who came last and worked on this had a good way of putting their ideas forward and a lot of that comes through research and data."

Find partners with common goals
"In most cases, if you want to create change alone, it takes longer and chances of success are low. Instead, try to do it collaboratively and bring together partners with similar interests that you can work together with.

An example I can give is Carfree Alliance – a one year campaign advocating for cities with fewer cars and more walkable streets. I am in touch with Justin Hyatt, an IHS alumnus who works on that and we are trying to bring the initiative to Nairobi. I am now leading a team that aims to implement it and so far, we have been able to mobilize different contacts from UN-Habitat, from the local government, the International Transport and Policy Development Agency and partners from other initiatives – for example, one that deals with women in transport. In this collaboration, my ideas – coming from the IHS background – can sit at the same table with the ideas of all the other stakeholders and through these collaborative efforts, we are able to bring change."

Motto? The best view comes after the hardest climb!
“There are so many challenges in life, you do not have sunny days all the time. Life is bittersweet. If you want to achieve the best, you have to accept the bitter (challenges) and ACT on it and control the sugar (opportunities and good times). Balance in life equips you to better adapt to changes."

Inspired by her uncle and mentor (Dr Gutu, Samuel), Beatrice also shared with us her life motto:

You only enjoy good views when you continue climbing. If you climb a hill, you will enjoy the best view- at the top, so if you don’t like where you are, then never stop climbing”. 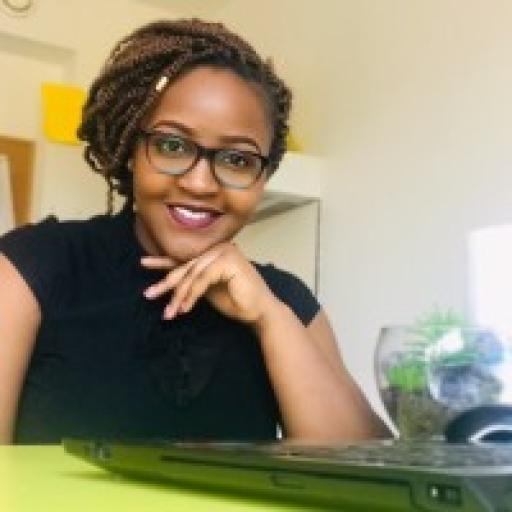 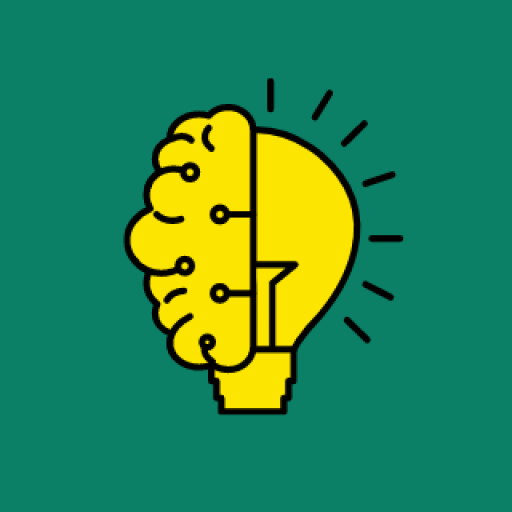 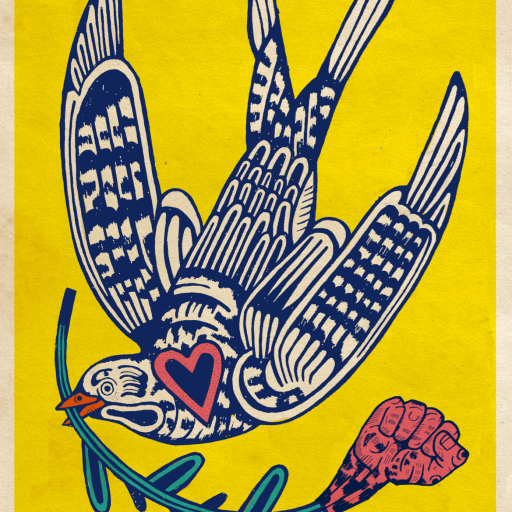 Leaving the resilient world behind: Community-Led Development and Human-Centered Design 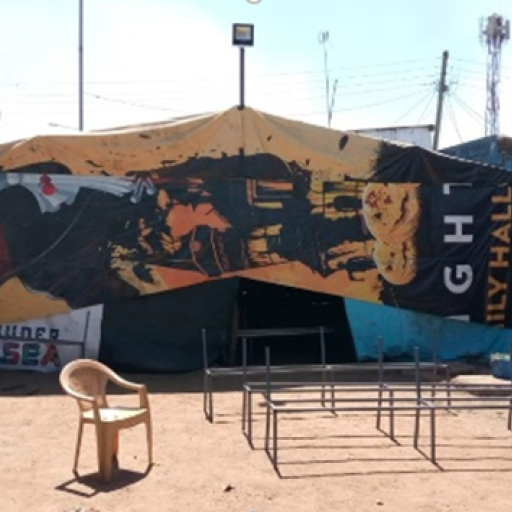 Project launch: Multi-purpose Community Hall in one of the most space- and resource-constrained informal settlements in the heart of Nairobi’s Eastlands.