FRUGALIS: Sustainability and Frugality in Fashion

Looking Back on the first FRUGALIS workshop
The Role of Students in Sustainable and Frugal Fashion On Thursday, December 9th, the student consultancy group of the International Centre for Frugal Innovation, called FRUGALIS, concluded their first workshop with university students from different programmes within both Leiden University and Erasmus University Rotterdam. The student consultancy group was formed as part of a field assignment for the joint LDE minor called Frugal Innovation for Sustainable Global Development, with the main task being to explore frugality and how it is implemented into daily practice in the Netherlands. 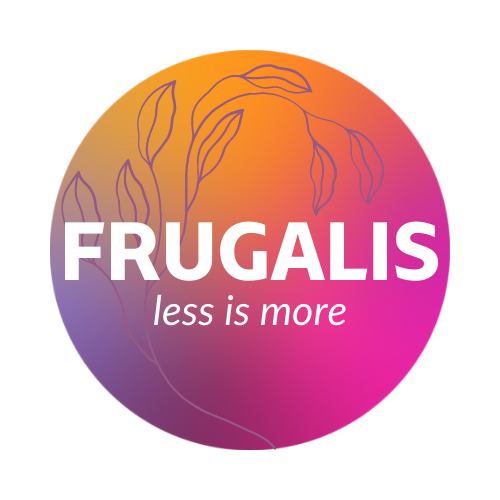 This workshop served as an instrumental part of the FRUGALIS research, in which the student team is exploring the relationship between frugality and the fashion industry. The group takes an interdisciplinary approach to the subject, correlating with the three different programmes of study at Leiden University: International Studies, International Relations & Organizations, and Liberal Arts & Sciences (Global Challenges).During the workshop the team collected data from the participants on their main research question:To what extent can students’shopping habits be considered frugal, and what does it take for students to adopt a more frugal lifestyle?

To what extent can students’shopping habits be considered frugal, and what does it take for students to adopt a more frugal lifestyle?

The concept of frugality and frugality in fashion
FRUGALIS member Sophia Healy kicked off the workshop by introducing the concept of frugality. In doing so, she explained the complexities of the term and how frugality (doing more with less) differs from sustainability (ensuring needs will be met for the future). She then presented to the students the Spectrum of Fashion Frugality, an innovative chart developed by the FRUGALIS team to categorize students on a scale from least frugal to most frugal. With eye-catching names such as ‘Fast-Fashion Firestarter’ and ‘Frugal Devotee’students became engaged and captivated with where they fell on the scale. The first part of the workshop was concluded by discussing the enormous impact the fashion industry has on the environment, pointing out developments such as quickly shifting trend cycles, the textile supply chain, and recycled textiles as evidence of a rapidly changing industry. 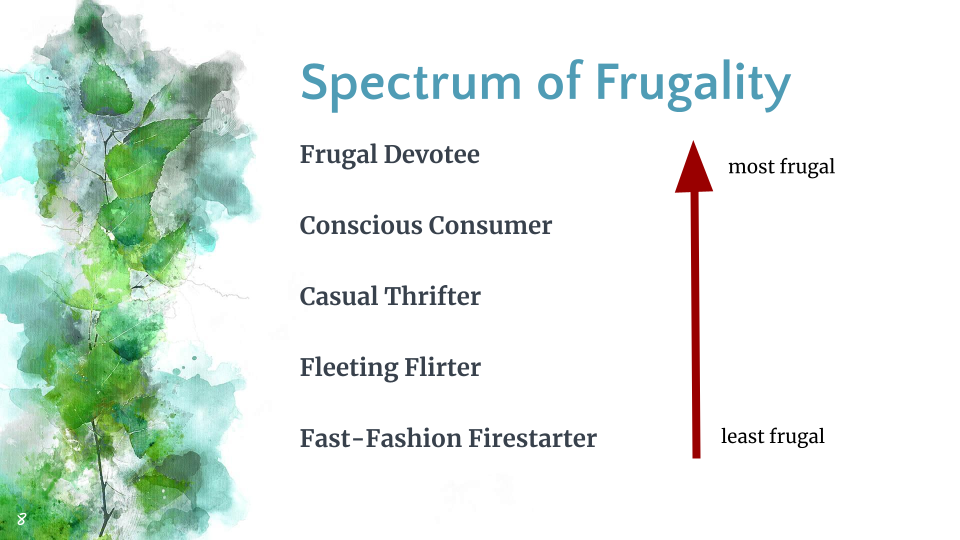 In the second part of the workshop Adam Emara opened the discussion on the tangible changes students can make within the fashion industry in order to be more frugal. Firstly, he pointed out the basics: say NO to fast fashion and impulsive purchasing. He elaborated on this and the notion that consumers must make the conscious decision to be frugal and therefore redefine their relationship with consumption. To make this consciousness more accessible, tips such as saving to buy things that will last long-term, researching clothing brands, and mending clothing using online tutorials were given. One important element in the discussion was that privilege must be acknowledged when discussing this topic, and that we should choose empowerment of others as opposed to shaming.

Holistic frugality: redefining your relationship with consuming
In the third part of the workshop Adam introduced the idea of holistic frugality, in which consumers implement frugality into the whole of their life, not just in terms of fashion. In connection with this holistic frugality, the FRUGALIS team invited a guest speaker to discuss food frugality. A guest speaker from Conscious Kitchen The Hague, a volunteer group that cooks community dinners using food from the Haagse Markt that would otherwise be thrown away, came to speak about food frugality and their collective action to redefine food consumption and question the current food paradigm. To wrap up the workshop, student member of FRUGALIS Juni Moltubak led the open discussion, in which workshop participants could give their thoughts on the subjects elaborated on within the workshop. Interestingly, several of the students stressed the need for community to be able to integrate fashion frugality (and frugality in general) more intensely into their daily practice. This, they stated, would make the effort of frugality more meaningful, as it is difficult to see the tangible effects of living more consciously. Another participant mentioned that fast fashion is many times about filling a need for validation from others or from society, whereas frugality as they have come to learn is about restoring affirmation from within.

How can we integrate frugality into all areas of life?

Overall, the workshop was a successful extension of the research being conducted by FRUGALIS. The data collected from the open discussion will be used in collaboration with data from a survey previously sent out by the team to students on fashion consumption habits, as well as data from in-depth interviews with students. This will accumulate to form the final report of the team, an academic paper assessing frugality among the student population as well as outlining the barriers that exist for students in achieving frugality. The FRUGALIS team would like to thank ICFI for their assistance in developing and promoting the workshop. They would also like to thank the interest of LDE students in their initiatives. Interested in the work of FRUGALIS? You can reach out to the team using the contact email: frugalisteam@gmail.com 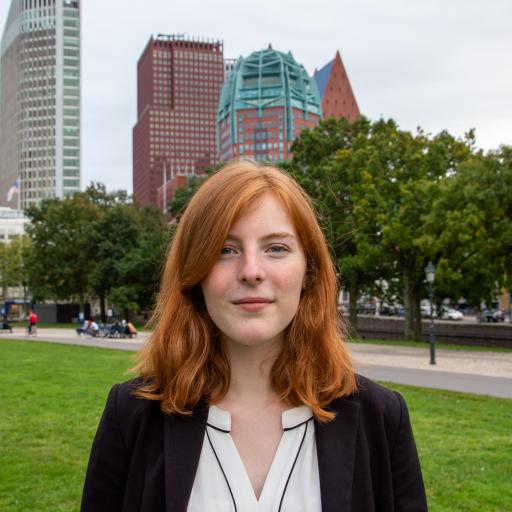 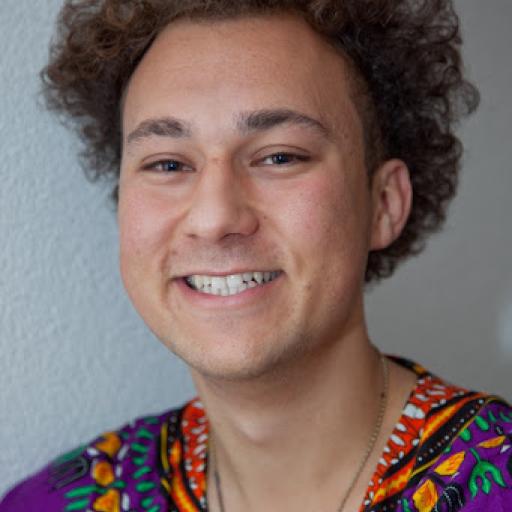