The enormous burden that mental wellbeing is putting on the world is finally starting to be acknowledged. The WHO reports that mental health problems account for 1 in 5 years lived with disability globally, with over 80% of people experiencing mental health issues unable to receive affordable, adequate treatment. Yet, the global community is finally starting to understand how much positive impact it can generate if more effort is put into designing affordable and effective mental health interventions. What do these affordable and effective health interventions look alike?

Zimbabwe - The origin of the Inuka venture

In Zimbabwe, the psychiatrist Dixon Chibanda had an inspiring idea to improve mental wellbeing. As one of the few psychiatrists in a country with almost 15 million inhabitants, Dr. Chibanda is taking an approach that is very different from what his colleagues are doing; He is teaching community members, especially grandmothers, a problem-solving method. With this technique, the community members become coaches for people in their community who are facing mental issues. In cooperation with the Friendship Bench, Chibanda’s project makes coaching accessible to people who otherwise would have never received it.

Inuka was founded with a clear goal: making mental wellbeing accessible to anyone.  Using Dr. Chibanda’s principles from Zimbabwe, Inuka has designed a coaching app that helps people to improve their mental wellbeing. Users take a short self-scan to identify how they are coping with challenges, after which they can plan a booking with a trained coach. In an anonymous chat-session, the coach helps the user to identify and tackle a specific challenge. It has been scientifically demonstrated that the problem-solving techniques used by Inuka coaches improve the mental wellbeing of their users.
You can read more about the Inuka method here. 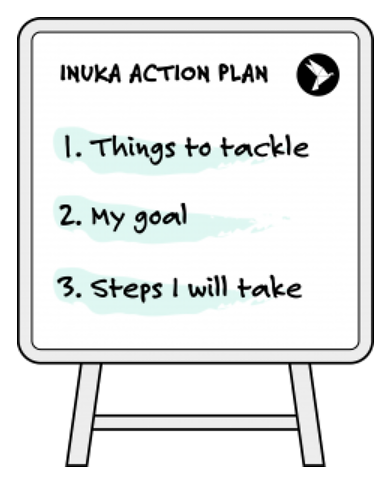 As a social enterprise, the focus of Inuka lies on helping as many people as possible. Touched by the ongoing global refugee crisis, especially those unfolding on the Greek islands of Samos and Lesbos, Inuka is determined to contribute to improving the mental wellbeing of those fleeing prosecution and war. The company is curious if it can improve the mental wellbeing of people seeking refuge in the Netherlands, also known as asylum seekers. Since this is a new context for Inuka to operate in, the social enterprise first wants to know if the Inuka method truly fits the context of asylum seekers in Dutch asylum-seeking camps. Three students from our minor Frugal Innovation for Sustainable Global Development are currently investigating the possibilities for Inuka.

The students have been assisting Inuka since last autumn by researching if the Inuka method can benefit asylum seekers with problems that disrupt their wellbeing. By reviewing academic literature and by talking to professionals, academics and (former) asylum seekers, the team helps Inuka in deciding whether the Inuka method is suitable for the context of asylum seekers in Dutch asylum-seeking camps. 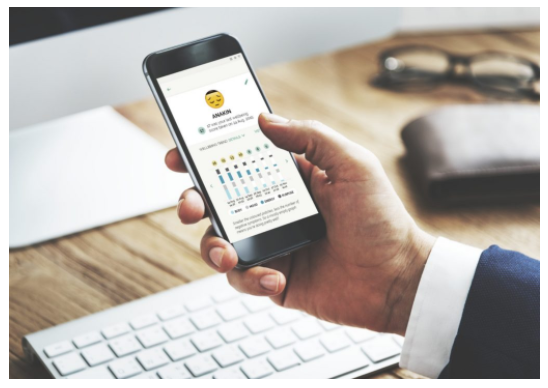 The Inuka Method is a great example of what is known as reverse frugal innovation: the introduction of durable, effective products or services from relatively poor areas to wealthier (Western) contexts. Inuka bases its problem-solving techniques on research done in settings such as Zimbabwe: what are effective methods to help people overcome their mental issues?

Evidence-based interventions, such as those designed by Inuka can help the world in staying on track to meeting the Sustainable Development Goals (SDGs). Inuka can especially contribute to SDG 3, Good Health and Wellbeing. This is mostly due to the fact that their method is easily accessible and available almost everywhere nowadays in the digitalized world.

The student team say that they are excited to contribute to the mission of making mental health accessible to everyone. During the course of the project they gathered a better understanding of the context and needs of asylum seekers in the Netherlands. They even hold a focus group in which they led an exchange of experiences between the Inuka team and former asylum seekers. The students’ work contributed key insights for the decision-making process of Inuka.