But retrieving a gleaming lid from the mess, he beams as if he has just found a piece of gold.

These everyday objects are treasure to the self-made inventor living in Bangui, the capital of war-ravaged Central African Republic, one of the world's poorest countries.

In his tiny house of crumbling bricks, Bafounga collects what others throw away - and turns it into something useful.

He cuts shapes from tin cans and fixes them together with glass, string and a little petrol to produce storm-proof lanterns.

Bafounga is a shining example of the "frugal innovation" movement that has its roots in India, inspired by the notion of "jugaad", a Hindi word meaning "improvising with whatever resources are available". This trend of doing more with less has spread all over the world. 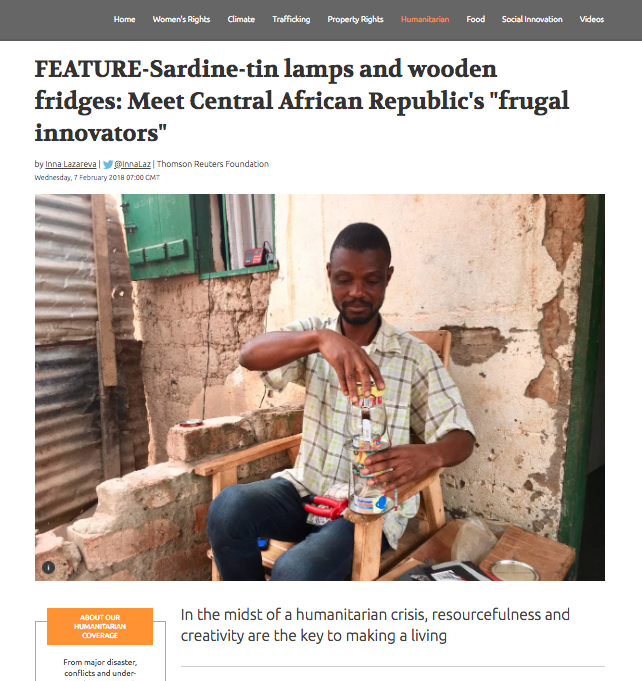