In August this year, a sobering report by the Intergovernmental Panel on Climate Change (IPCC) was released. The report calls attention to the intensifying effects of climate change on people and the planet — effects which are largely caused by human activity. It therefore seems particularly fitting that this year’s World Water Week theme, “Building Resilience Faster,” focused on finding innovative solutions to pressing global challenges like water scarcity, food insecurity, and decreasing biodiversity.

To mark the occasion, ResearchGate’s Elyse Franko-Filipasic talked to Dr. Farhad Mukhtarov, an Assistant Professor of Governance and Public Policy at the Erasmus University Rotterdam’s International Institute of Social Sciences (ISS). His research seeks to better understand the intersection of public policy, economics, and environmental policy. He’s currently studying the role of branding, networking, and soft-power leveraging in water governance.

What drew you to studying water governance in the first place?
My bachelor's was in economics, and I realized rather early that economic systems look at the resources in a very limited way. Neoclassical economics tells you that resources like forests, rivers, and oceans are nothing more than just an input into a production process. But you see that water is often at the center of spiritual, communal, and cultural life of people. It is also an important element of our ecosystem that sustains life. And that triggered my interest. So I went to study an interdisciplinary programme on environmental sciences and policy. And now I am teaching and researching in that field.

One of your major research areas right now is global hydro-hubs. What is a hydro-hub?
Global hydro-hubs are nations or cities that brand themselves as centers of excellence in water engineering, management, and governance and, by implication, seek to penetrate international markets with their expertise in these areas. I think Singapore was the first country to start calling itself a global hydro-hub, partly because it calls itself a “hub” for all different areas — it's a “transportation hub”; it’s a “financial hub”; it’s a “Smart City hub”. So along the same lines, it calls itself a “hydro-hub”. The idea is that it’s a center of excellence in water, and hence has something to offer to the world.

But it’s not just Singapore — there are many countries, like South Korea, Israel, the Netherlands, the UK, and the US, that seek to brand themselves as centers of excellence in the water sector. Usually they specialise in one area, like flood control, wastewater treatment, irrigation, and high-tech solutions. And there is some kind of a competition going on between countries now because with climate change, you'll have much more demand for water expertise and water technology. So in fact, climate change, however catastrophic and disastrous, also offers opportunities for countries to occupy new markets. You can call it disaster capitalism (as Naomi Klein does in her book The Shock Doctrine).

My project is to understand the process of branding and competition and to ask whether this capitalistic thinking is compatible with resilience. Can we build resilience for our water problems in line with social and sustainability goals when private companies are also being incentivized to sell and to capitalize? And how can we manage those tensions?

And what exactly are they competing to sell? Is it knowledge? Or new systems and technologies that they create for water management?
There’s a lot of specialization here. So for example, the Netherlands is focused mostly on delta areas and coastal flooding. The Netherlands can offer packages of technological solutions, such as large infrastructure, as well as governance solutions like long-term planning, experimental governance, and public-private partnerships. These are ideas that are being packaged and branded in order to sell them, but they’re also very contextual, very social — a multi-stakeholder partnership that works in the Netherlands may not work in Indonesia.

But Singapore, for example, doesn’t talk about policy at all. They sell technical solutions without going too much into the questions of governance, democracy, and so on. In Singapore, all water is used. So what you urinate is basically made into drinking water, and it's quite safe. The Singaporeans don’t question it, but Americans and Europeans would. This exemplifies that technology transfer can be rather tricky in different cultural contexts.

Global studies show that low- and middle-income countries (LMICs) are at the most risk of being left behind on sustainability issues. I presume something like the Singaporean system of water recycling would be quite expensive. Is implementing something like this realistic for LMICs?
Even if you have resources, it doesn't always mean that you can implement a system that’s been developed and practiced elsewhere. It's not enough just to take a solution and pilot it, you need to involve local people early on, and also listen to their definition of a problem before you sell your solution. And in many cases, your solution indeed will be too high-tech. Frugal innovations are really taking off — you often don’t need those high-tech, expensive solutions. You can try rainwater harvesting, or work with ideas around the communal water taps or community-based systems of adapting to floods instead of building a big dam. So there are many ways that may help adapt to climate change, but which probably will not generate much profit.

And that is the problem: the solutions which are attractive to political elites and big businesses are often high-profile mega-projects — something you can put your name on, right? But this is usually not really needed or supported by the local population.

Certain water projects, like the dams in southeastern Turkey, have been criticized for causing ecological damage or cutting off water supply to other countries. Can these types of geopolitical tensions be avoided?
If you look into trans-boundary water governance, you’ll find that these issues are quite common. Not only between Turkey and its neighbors, but also between China, Laos, and Cambodia, for example. The Nile Basin is also quite volatile — Ethopia is saying it will build a dam and Egypt is threatening to bomb it.

And it’s very common to hear that the next wars will be water wars, just as the wars of the past were over oil. And this is a catchy statement that can be easily repeated. But we don't have evidence of that in literature. A lot of research has been done to look at historical conflict and cooperation around water. And in the great majority of cases, countries find a solution to work together because water is just such an existential element. We all need it.

Water is often a side issue to major historical disagreements — claims on land, claims on identity. Water politics in many cases just contributes to what is already a volatile situation for other reasons.

The recent IPCC report gave quite a damning outlook for climate change. And as these reports keep coming out, people seem to feel more and more powerless in their ability to effect change. Can individuals make a difference in water conservation or climate change more generally?
I think the biggest message is that you have to make choices. There is no win-win — we cannot continue the type of economic growth we’ve seen in the last centuries. Having multiple cars or flying away for vacation in Thailand isn’t compatible with having a livable planet for your kids and grandkids. And this choice is very hard to communicate, because politically, it's very unpopular.

But at the same time, I think we’ve been putting too much weight on individuals: we hear that we should consume less; we should recycle; we shouldn’t fly. This is all very important, yes. But big corporations need to stop producing fossil fuels, and governments need to stop subsidising fossil fuels and invest in wind energy. Companies have strategically tried to shift the responsibility to consumers — but we have to call them out and put pressure on industry and governments.

Academia can play an important role here. For example, I research the implication of governments’ actions to transfer water governance expertise and look for alternatives. But of course, holding governments accountable only works in countries with democratic systems where public debate is possible, and democracy is under attack in many places right now.

It sounds a bit bleak, to be honest.
Well, there are success stories, and I think it's important to focus on the positive and on the potential for change. For example, global cooperation to save the ozone layer was a major success story. In 1987, the Montreal Protocol of the Vienna Convention was signed, and countries agreed to phase out the production of many harmful substances that were depleting the ozone layer.

And industrial companies like DuPont also came on board. They innovated and managed to reduce or replace the chemicals that were damaging the ozone. And now the ozone is fine. We don't really have an issue, right? So this kind of collaboration is possible.

And eventually, I think the solution on climate change will come from both ends — from the mitigation side, this will mean stopping fossil fuels or coming up with new technologies for carbon capture. And then there will be community initiatives that mobilize and educate individuals together with the humanitarian sector and the private sector. 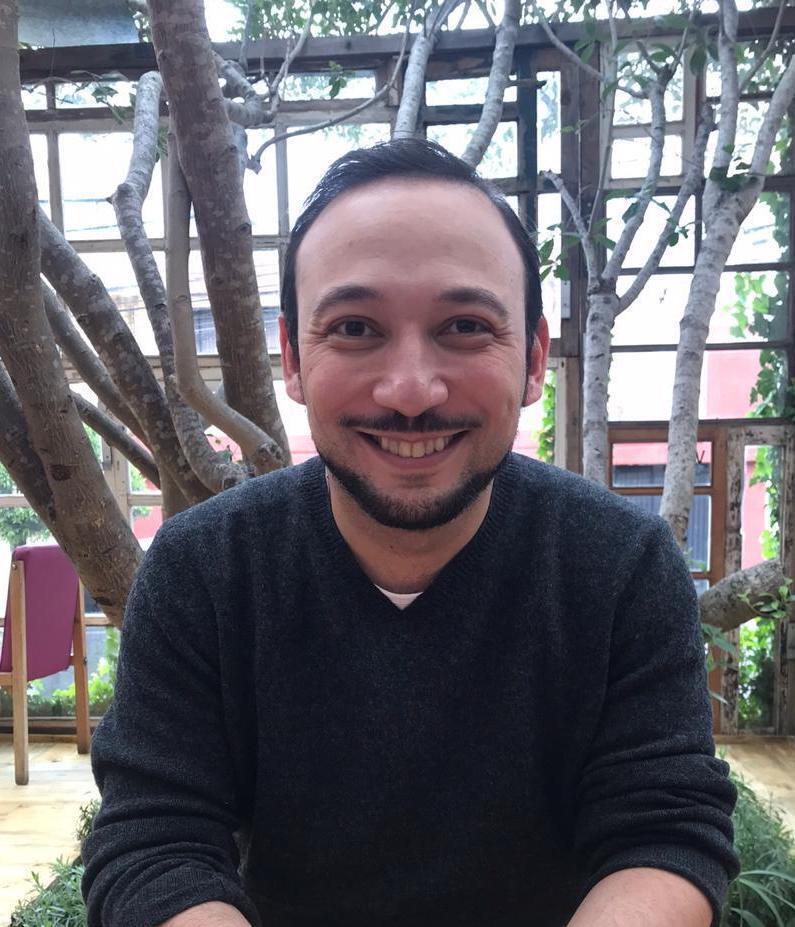 This interview was originally posted at ResearchGate on August 23, 2021